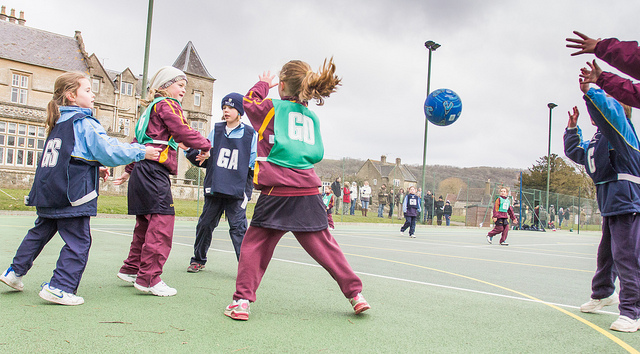 Netball is a very popular sport in a number of countries throughout the world. In Australia, it is one of the top sports for women, and men’s competitions are fast growing in popularity. As a professional sport which is played on both the national and international stage, playing high-grade netball is something which a lot of young athletes aim to do.

However, becoming a professional athlete is something which takes a lot of training, commitment, and sacrifice. Even if you give it your all, simple mistakes can still mean that you don’t make it to the higher grades. Many of these mistakes could be rectified easily if people were aware of them. Unfortunately, they often aren’t, and they therefore don’t take steps to fix them.

Some of the most popular mistakes that young netballers make include:

One of the most important things that the best coaches drill into their players is that you have to practice how you want to play. If you have had a decent coach before, you may have heard them say:

Note that there is no mention of practice making perfect, but of perfect practice making perfect. If you train poorly, lazily, or at a low intensity, then the chances are that you will probably end up playing that way. It is extremely important to train the way you want to play. If you remember this, and apply it to your netball, then you will have a much better chance of reaching the higher grades.

When it comes to a sport like netball, it is important to start specialising early in life. Most high grade netballers will only ever play one or two positions, and they therefore train for these positions. A lot of young players think that they can train for any position, which leads to them being ok at everything, but great at nothing. If you want to play high quality netball in the future, try and specialise while you are still young – it will be much easier this way!

As a team sport, it is extremely important for young netballers to have at least some sort of social connection with their teammates. Players who know each other well will generally play much better together than players who don’t, as they are often able to predict what their teammates are going to do before they do it. It is important to encourage social connections among young netballers, and indeed, among all young athletes playing team sports.

Post-game recovery is extremely important in netball, as it is in any sport. Unfortunately, many young athletes are never taught the importance of post-game recovery, and they therefore suffer as a result. When you play sport, your muscles are worn out and slightly hurt. Recovery encourages muscular repair and regeneration, and allows you to get back to full training sooner. Eat the right things, stretch, and ice any injuries post game.

A lot of young netballers make the mistake of failing to practise their basic skills. This leads to them struggling to do simple things like make passes, shoot goals, or intercept opposition passes. If you really want to become a star netballer in the future, then make sure that you focus on improving your basic skills before trying to learn complicated strategies and techniques.

A poor diet is one of the major downfalls of up and coming athletes around the world. Netball is no different to any other sport, and athletes with ambitions of making it to the higher leagues should try and stick to a good diet. If you aren’t sure what you should be eating, do some research or speak to a qualified nutritionist or dietician.

This is especially relevant for skilled young players who are perhaps better than most of their teammates. Rather than trusting their teammates and allowing them to play a part in the game, some players try and do everything themselves. This is extremely harmful to the development of their game, because it encourages selfish play which is generally not accepted at higher levels. As a coach, you should try and stamp out any selfish play, or encourage players who play like they are better than everyone else to try and share the ball around and bring their lesser skilled teammates into the game.

Warming up before training or games is extremely important to prevent injury and sore muscles. Playing any sport, including netball, without warming up your muscles first will increase your risk of torn or strained muscles, will reduce your performance, and will potentially result in long periods away from sport – https://videospelautomater.com/. Make sure that you spend at least ten to fifteen minutes warming up before any strenuous physical activity.

Unfortunately, a lot of young netball players have their development stunted because of attitude issues. They can lose their temper when their team starts playing bad, when they start playing bad, or when things don’t go the way they want them to. This can lead to them playing poorly, stopping playing all together, or losing interest in pursuing a career in professional netball.

Netball is a complex sport which can sometimes be hard to play. Young players can find it hard to develop their game due to small mistakes that they make during training or during their everyday life. Without fixing these mistakes, young players can find it hard to take their game to the next level, possible stunting their development and preventing them from making it to high-grade netball leagues.