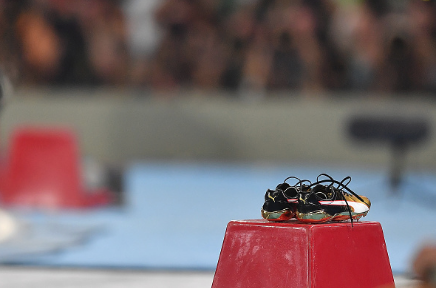 Although evidence demonstrates that netball-specific shoes are superior to running shoes in injury prevention and optimum performance, a great debate continues on the merit of each shoe in it’s own right. Here we shed some light on the pros and cons of both netball shoes and running shoes for training and performance.

Netball is a high-impact sport that requires rapid acceleration and deceleration, sudden and sharp changes in direction, immediate stops, high-impact jumps and ongoing balances and stabilities. Netball players are at high risk of injury, particularly to the knees, ankles and lower bodies.

The pros of netball-specific shoes

Netball shoes have been designed specifically to minimize the impact of stress upon the feet, knees and joints.

The midsole of a netball shoe sits lower to the ground than the midsole of a running shoes. This creates a more stable, cushioned platform for your feet to sit upon. Sitting lower to the ground increases your comfort and the added cushioning allows for greater movement and higher flexibilities. Most importantly, the lower midsole on a netball shoes give you greater stability. For those who have had ankle injuries, a stable platform is imperative to prevent re-injury.

Netball shoes are also a lot stiffer through the front of the foot than running shoes. This assists in injury prevention, and also allows for greater pivoting and dodging actions. The outer sole of a netball shoe has a greater grip and longer-lasting rubber than a typical running shoe. It is also made of a non-marking rubber which is important when playing on indoor netball courts.

The cons of netball-specific shoes

Netball shoes can be considered to be heavy and cumbersome. It may seem that these shoes prioritise injury prevention over peak performance which can be frustrating if you are looking for a pair of shoes that are light-weight and improve in speeds.

The pros of running shoes

Running shoes can provide an array of benefits for your whole body: running shoes race faster. They are designed for speed. They also make you feel faster; running shoes are lightweight and softer than netball shoes, which means that you will feel as though you can mobilize more quickly throughout the court.

The negatives of running shoes

Running shoes are designed for forwards and backwards movement, not for lateral movement. Therefore, prioritizing speed on the court and wearing running shoes instead of netball-specific shoes can increase your risk of injury when carrying out lateral movements. Running shoes also lack the durability required for netball, and so you will need to replace them frequently. Furthermore, running shoes often do not have much cushioning which leaves your foot less protected. Your ankle often sits higher, and is less protected and at risk of injury.

Running shoes are suitable for conditioning activities such as the gym, or short distance runs, so can be worn during these activities. However, it is recommended that netball-specific shoes, or cross-trainers as a second-best option, are worn for netball training and games.

Looking for an economic opportunity for your Alesse purchase? We provide you the opportunity to buy it only for 1.33 USD at our store!