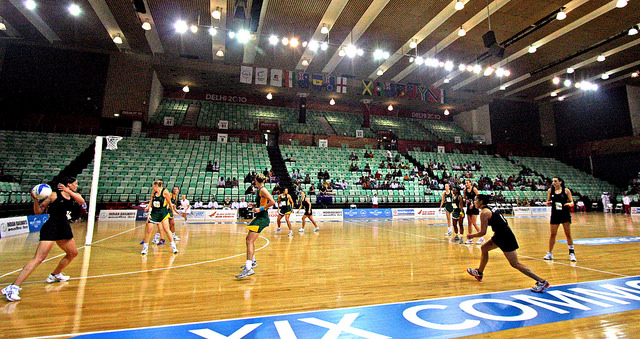 Netball, as a sport, originated in England. In its infancy it was known as ‘women’s basketball’, because it was though that women didn’t have the physical attributes to play normal basketball. Of course, this has changed over the years, but netball itself has remained a predominantly female sport.

Although it began in England, netball quickly spread throughout the British empire, with countries like Australia, New Zealand, and Jamaica quickly becoming world powerhouses. Since most, if not all of the world’s best netball teams are Commonwealth nations, the Commonwealth Games is one of the world’s premier netball competitions – along with the world cup of course.

Netball At Past Commonwealth Games:

Netball has been played at the Commonwealth Games since the 1998 Kuala Lumpur Games, a total of five times. Since then, only Australia and New Zealand have won a gold or a silver medal – will 2018 be the year that another country takes the mantle as the world’s best team?

Countries which have won a Games medal in the past include:

Although no other country has won a medal, there is no reason why they can’t this year. The pressure is on Australia, as the defending champions, to keep their mantle.

A total of 12 teams will be competing for the title at the 2018 Commonwealth Games on the Gold Coast. They will be split into two pools of 6 teams each as follows:

Pool matches will take place in the first stages of the competition, with the top teams from each pool advancing the finals.

When Is The Netball Competition At The 2018 Games?

Where Is Netball Played At The 2018 Games?

Where Can I Get My Tickets?

If you would like to buy tickets to the netball at the 2018 Games, you can make your purchase through either a third party ticket retailer or on the official Games website. Prices for children start from just $15, with adult tickets selling for just $30.

If you do decide to buy tickets from a third party seller you need to be careful. Make sure that you are buying legitimate tickets, and that you aren’t paying more than they are worth. Unless the matches are already sold out, there is no reason for you to pay more than the adult ticket price of just $30.

Is It Worth Watching The Netball At The 2018 Gold Coast Games?

If you like watching a fast paced, competitive sport live, then you simply can’t miss the 2018 netball competition. There are a number of feature matches which are a must see for any netball fan, including Australia vs Jamaica on the 11th of April and England vs New Zealand, also on the 11th of April. These matches could go a long way towards deciding the eventual netball gold medalists. Other notable matches include:

Who Are We Tipping To Win The Medal?

As the defending champions and the host nation, Australia are the hot favourites to take home their fourth Commonwealth Games netball gold medal. However, they will face stiff competition from New Zealand, England, and Jamaica. Australia are also the defending World Champions.

We are tipping an Australia vs New Zealand gold medal match, with Australia taking home the gold. In the bronze medal match, the most likely result is Jamaica vs England, with Jamaica winning the third place medal. For full results head to the netball results page.

If you like fast-paced, highly competitive sport, then don’t miss the netball at the 2018 Commonwealth Games. The competition is widely tipped to be one of the closest in living memory, and we should see a number of great matches. If you can’t watch the games at the stadium, be sure to tune into your TV for all the action. Good luck to your team and let the Games begin!